filter and sort by 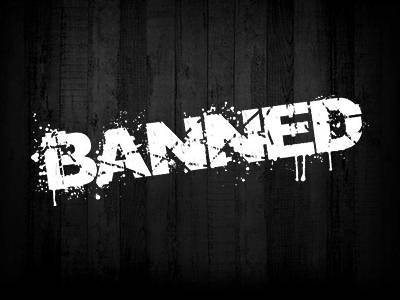 Banned Clothing is known for its stylish and extravagant gothic clothing. But the range of Banned Apparel goes far beyond gothic clothing. Discover the enchantingly beautiful gothic accessories from Banned Apparel. For a complete gothic outfit, the matching gothic handbag with purse is a must. The gothic accessories range from Banned Apparel is huge and you can order them easily, clearly and securely from us. Banned Apparel has everything to offer and much more. Gothic purses and small wallets, Gothic handbags and large shopper bags in Gothic style, backpacks and Gothic shoes. We also have the super cute kitty handbags and purses for you. Whether it's a classic black gothic handbag with stylish motifs and embroidery or eye-catching handbags in bat wing design. Banned Clothing gothic accessories are diverse, dark and stylish. You'll find everything you need for your gothic outfit in our Banned Clothing brand shop. Our range of Banned clothing, shoes and accessories is huge. Order today simply, safely and conveniently and choose from our gothic collections of Banned Clothing.